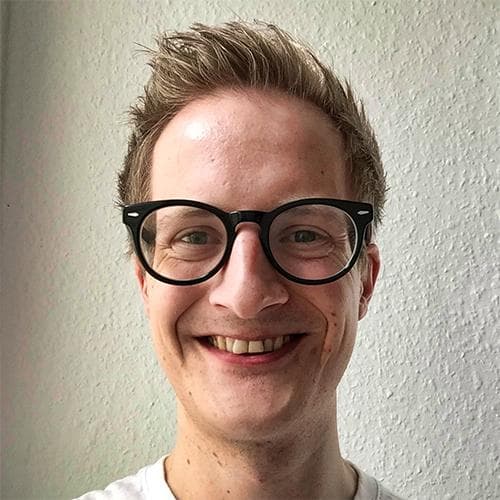 This is a weird post to write. Writing about my own emotions and feelings and putting it out on the internet for everyone to read feels strange. Makes me feel vulnerable. At the same time, putting these thoughts into words will get them out of my head. And maybe, just maybe, it will help someone else who is going through these emotions themselves.

But first and foremost, I’m writing this for myself.

My sense of self-worth is tied very closely to my work. Not my full-time job, although that factors in to some extend as well, but my work as a software developer as a whole. To the extend that I almost exclusively define myself through it. I do have other hobbies, but they have almost no effect on my sense of self-worth.

I think I can say without any false modesty, regardless of where exactly I fall on the skill spectrum, that I’m an above-average developer. I’m good at what I do. And—arguably more important—I also know what I’m not so good at.

And yet, I can’t help but compare myself to other people. People who seem to hit homerun after homerun, you know the type. And I keep asking myself: why isn’t this you?

What about all this?

The logical side of me knows that this is idiotic, which is what makes this extra frustrating. It’s idiotic because I’ve done a lot.

I’ve spoken at various conferences. I got to speak at Laracon EU, which had been a huge goal of mine, on my first try. I still get extremely positive feedback and emails about my database indexing talk that I gave at this event. To date, this is probably the best talk I’ve ever given. Oh, and I also got to speak again the next year as well.

I was the co-organizer of the Laravel Berlin Meetup for a year or two (although I was notoriously horrible at it. One meetup every ... 9 months? Can’t be good at everything, I guess).

I’ve build Utgar’s Chronicles, an app that is used by over 1000 people to play games with their friends online. Especially during a pandemic, this counts for something.

There’s also Achoo, a small API to query pollen forecast data for Germany. I’m pretty sure I’m its only user, but it still exists and is out there, ready to be used. I also feel incredibly clever about the name.

Every job I’ve ever worked at, people had a very high opinion of me and my work.

The point isn’t to show what and amazing dude I am. It’s to show that I’ve built and achieved a lot of things, in really only a couple of years, that I can objectively be proud of.

But it doesn’t matter.

’Cause it’s not good enough.

Not to go all “We live in a society”, but social media definitely plays a big role in all of this. For me, that mostly means Twitter. On Twitter, I’m constantly bombarded by all the amazing things other people have built.

Seeing for example an amazing musician perform doesn’t trigger the same “Why isn’t this you” response in me. Because there’s now way I could that. I just don’t have the skillset for it. But with software development, I do. It isn’t skill that’s lacking, it’s... something else. I could do all that, but I’m not.

And again, the logical side of me knows that not only am I comparing myself to the extreme outliers, but also to their highlights. Because no one shares the mundane stuff on social media (at least most people don’t).

The funny thing is that I know people who feel the same way about me.

I know all this. But it doesn’t matter. Because the logical side of me isn’t what’s controlling my emotions. It’s that little voice that keeps saying “That could’ve been you if only...”

And therin lies the rub. At the heart of all of this lies my biggest fear:

I’m so afraid of doing the wrong thing that most of the time I simply end up doing nothing. Which is objectively the worst choice. This in turn leads to me being even more disappointed with myself. And on and on it goes.

I want to achieve... something. But whatever this thing is, is so ill-defined that it basically sets me up for failure. Because how can you achieve something that isn’t even really defined properly. Something to think about.

As I’m reading through this again, I realize how incredibly depressing this sounds.

I wrote this because it helps me come to grips with my own feelings of inadequacy, to bring more structure to the problem. I’m not crying myself to sleep every night, neither am I unhappy with my life. I’m generally a really happy and positive person. There’s just this constant nagging feeling that I could’ve done more, done better, that I’m not realizing my full potential.

To anyone else who is reading this and struggling with these problems, I hope this helped. I strongly believe that sharing these things is important because I doubt I’m the only one who feels like this. But I also know how difficult it can sometimes be to describe this feeling.

If you have any comments or thoughts about this that you want to share, you can find me on Twitter (trust me, the irony isn’t lost on me).